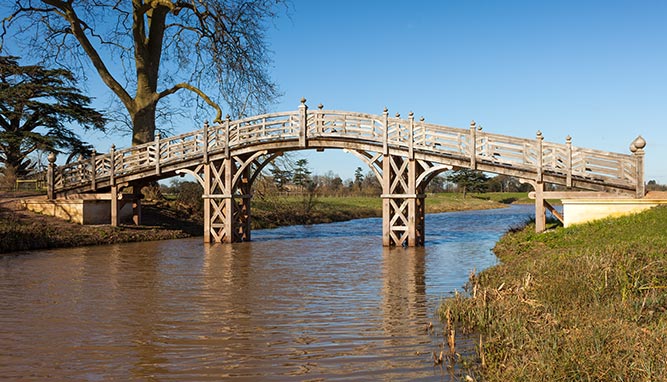 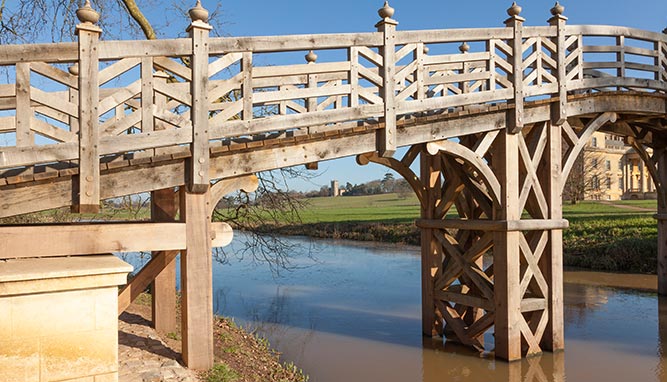 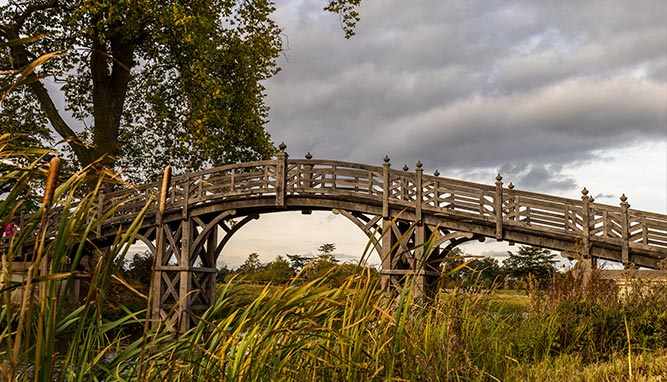 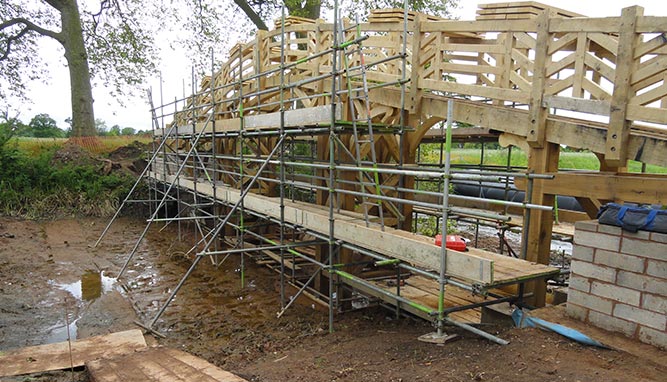 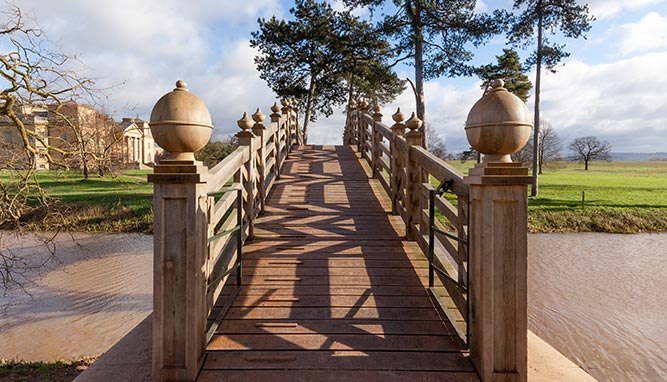 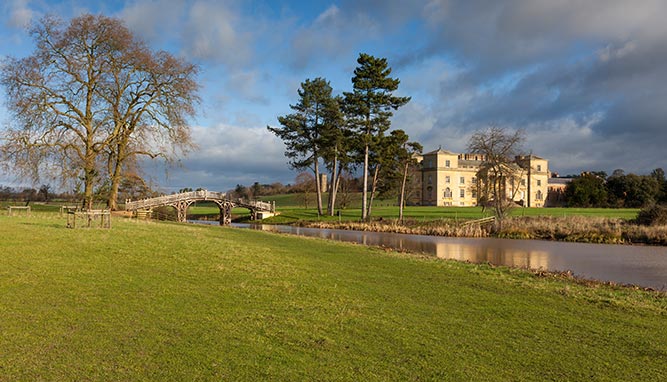 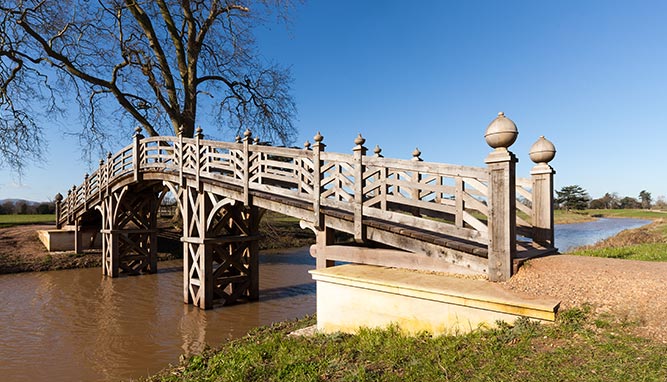 The original Chinese Bridge dated back to 1740’s and was built for the 6th Earl of Coventry. As Lead Consultant, we designed and managed a new replacement oak bridge, with construction based on research and curatorial advice.

The Morton Partnership were delighted to be appointed by The National Trust as both Lead Consultant and Structural Engineers to scheme and construct a new bridge in place of the historical footings of the original 1740’s structure.

The original bridge was built to the designs of William Halfpenny and published in the book titled “Developments in Architecture and Carpentry” in 1749, in which it indicated the original structural sizing of members. We worked closely with The National Trust to include new masonry abutments, built on the basis of archaeological evidence from excavations, as well as some historical paintings of the original bridge.

We managed the procurement package for both the ground works contractor, to create the foundations and then for the carpentry structure of the bridge. This included an evaluation of tenders both financially, but also based on quality to ensure appropriate contractors were appointed. Open days were held to explain the process to the general public, which included a traditional dancing dragon crossing the bridge to bring good luck.